Life You can still achieve your goals By now, even the best and enthusiastically made plans made over new years have encountered some challenges. But, you can still achieve the things you want writes Gugulethu Mhlungu.

The beginning of the year is always exciting. Even for the most cynical of us, it does feel like a fresh start. And with that optimism and newness comes resolutions, usually made as the clock strikes midnight on 31 January. Thembi Hama, a life coach based in Johannesburg, says: “Goals are useful and important because they give us a sense of direction; a picture of where we are in our life and where we need to go. So, they summarise our life objectives, and quantify what needs to be done, and by when. They also give a sense of accomplishment‎ when we achieve them.” As great as they are, many people don’t make it to the first two months of a new goal. They then revert to old habits. But, there’s a reason behind it.

Focus on habits, not goals

An article published in Farnam Street titled Habits vs. Goals: A Look at the Benefits of a Systematic Approach to Life, looks at why aiming to change your habits is a better use of your time than focusing on a goal. It states that habits are processes operating in the background that power our lives. “Good habits help us reach our goals. Bad habits hinder us. Either way habits powerfully influence our automatic behaviour.” It also states that habits, rather than goals, make achieving things easier. This is because a habit is a repeated action while goals depend on willpower, which is not always available. So, instead of me saying that I want to lose weight (goal), I should be saying that I want to spend 45 minutes a day, four times a week, exercising and eating more fruits and vegetables (habit). Additionally, focusing on changing habits rather than the end goal is more specific and good for actually seeing change.

SEE ALSO: Learn how to make time to recharge

For years, I would write up a list of 10 to 12 things I wanted to do in that year. These included studying, writing a book, learning Italian, climbing Kilimanjaro and travelling four times a year. Sounds tiring, right? According to Thembi, that is one of the leading causes of abandoned resolutions. Many people fail because of doing a lot, at once. “They also fail because of a lack of research about the particular objective or environmental factors, not foreseeing change or being realistic, not testing theories or setting simple actionable steps. They also set unclear or unspecific goals. This leads to a lack of clear timelines ‎for when you must achieve the goal, thus pursuing impossible ideals or standards that eventually demotivate you.” A 2017 Harvard Business Review article aptly titled How to be more productive without burning out, reads: “There’s a lot that goes into becoming more productive. But, it is too much to work on so many skills at any one time. Instead, figure out which one thing is the biggest obstacle to your productivity. What would save you the most time if it were removed? Time spent deciding what to do next, Facebook or being interrupted at your desk? Start there.” You can apply this to any goal. Focusing on one change at a time might seem boring, but burn out from over-extending yourself and changing too much at once is not the kind of excitement you need. So, pace yourself.

While there’s nothing wrong with excitement and optimism for improving your life, all research and advice points to getting real with your goals. So, how exactly are you going to change your habits, which will ultimately give you the life you deserve? If you want to travel three times a year, how much do you have to save every month, and what behaviour change will make that possible? It’s not too late to get up close and personal with the wonderful things you want, and then begin the small specific and consistent work of making it happen. 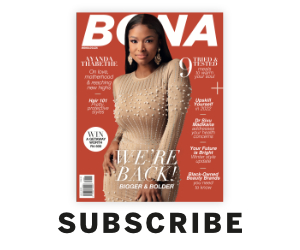